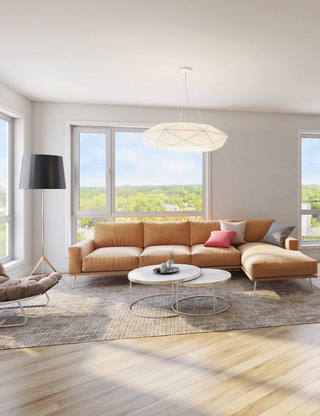 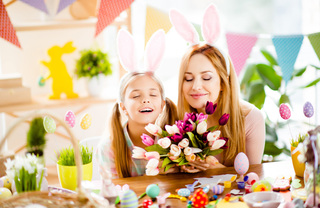 Soon, families living in the rentals in Bellevue will celebrate Easter Sunday. Like most of these residents, you’ve probably celebrated Easter your entire life. While you might be well-versed in marshmallow Peeps and chocolate rabbits, there’s a lot about the holiday you might not know. Test your knowledge with these ten facts.

Easter is celebrated by both secular and religious families across the country. While most believe the holiday finds its roots in Christianity, cultures have been celebrating it longer than the religion has been in existence.

The name Easter is derived from Eostre, a Celtic goddess associated with spring. The pagan holiday was centered around the spring equinox, celebrating the renewal of life and winter’s end. Old English cultures celebrated a similar holiday with their goddess Ostara.

As the Catholic church became dominant in Europe, they converted these celebrations into the Easter holiday as a way to attract more followers. If it weren’t for some of the first churches, Easter might not have had anything to do with celebrating Passover and the resurrection.

Like the holiday, several customs come from these ancient traditions as well. Rabbits have always been associated with springtime, and pagan gods of spring usually went side by side with symbolic images of the rabbit.

You can thank Germany for turning this symbol into a child-friendly holiday character. Their knack for myths and folklore created today’s most popular children’s stories. So, it makes sense that they would create the Easter Bunny to amuse children during the holiday.

3. Origins of the Egg

While the image of an egg was also associated with spring and new beginnings in pagan cultures, it held the same connotation throughout most of the world. It was the Egyptians, however, who first started dying eggs.

Egyptians had already discovered ways to make their own makeup and dye clothes decades prior. So, they decided to take the symbol of rebirth and give it a fresh makeover. This practice spread from the Middle East to Europe before slowly fading from most people’s memory.

It reemerged when Martin Luther came from Germany to England. As it turns out, Germans had continued the practice throughout the ages as a way to entertain children during the holiday. They are also credited for creating the first Easter egg hunts.

Have you ever dyed eggs using the PAAS kit? Most Americans did, but this piece of childhood history has more to its name than meets the eye. The company dates back to the 1880s when a drug store owner discovered a way to use powder and water for dye.

He coined the name PAAS the company after the Dutch word Pasen, which means Easter or Passover. Little did the owner know at the time, his creation would evolve into a multi-million-dollar business. Families still use PAAS kits today.

Egg rolling is a timeless tradition that has been played around the world for centuries. In the US, the White House hosts its Easter Egg Roll every year. The tradition started during Abraham Lincoln’s presidency, but became an official event under Rutherford B. Hayes in 1878.

Two years prior to its official status, the annual egg roll was banned by congress due to damage caused by the event on capitol hill. Their reasoning was that children chasing after their eggs tore up the sod, costing the government unnecessary money for repairs. Hayes brought the tradition back, however, solidifying it as a national event.

While every family has their traditional meal for Easter, most Americans think of ham and some form of potatoes as must-haves for the holiday. Sponge cake and chocolates are also common staples for desserts. In the United Kingdom, however, most families can’t celebrate the holiday without a fruitcake.

It’s called the Easter Simnel and features an apricot jam filling and marzipan ball topping. There are several myths as to how this tradition came to be, with the most popular being that a man was punished to the life of a servant-chef in the royal kitchen for impersonating the Earl of Warwick in the 15th century. However this tradition came to be, it’s the only time fruitcake gets recognition outside of Christmas.

According to the Guinness World Records, the largest Easter egg hunt took place in Winter Haven, Florida. Over 500,000 eggs were hidden in Cypress Gardens Adventure Park where nearly 9,800 children searched for them.

8. The Evolution of the Peep

Peeps are mostly used for amusement on Easter, but these mass-produced marshmallows were once somewhat of a rarity. Created in the 1920s, they initially took over half an hour to create since each one was made by hand. Today, the Just Born chocolate company creates 70 million of them each year.

Well, they used to be. Have you ever wondered why those large chocolate rabbits are hollow? Aside from saving money on chocolate costs, these treats are hollow to protect your teeth. People found out the hard way that a two-inch thick brick of chocolate can quickly turn into an emergency dentist visit when it knocks a tooth out.

It seems like all sorts of foods these days are smaller than they used to be. The Big Mac is a prime example, but did you know that Cadbury Crème Eggs suffer a similar fate? Fans and news outlets continue to prove that these ever-popular treats continue to lose their size and weight over the years. Cadbury, of course, has avoided the question for decades.

Well, how did you do? Did you learn something new? Here’s one more tidbit of useful information. Located in Bellevue, Washington, Hyde Square ushers in a new generation of modern luxury apartments with European styling and premier amenities usually found across the water.

Located in the center of downtown Bellevue and Redmond, these sleek homes place you in the middle of what really matters. Carefully curated amenities ranging from a state-of-the-art fitness center to sky lounges with rooftop access envelope residents in an elevated sense of living. Design features like solid-surface quartz countertops and modern soft-close cabinetry provide contemporary reprieves from everyday life.